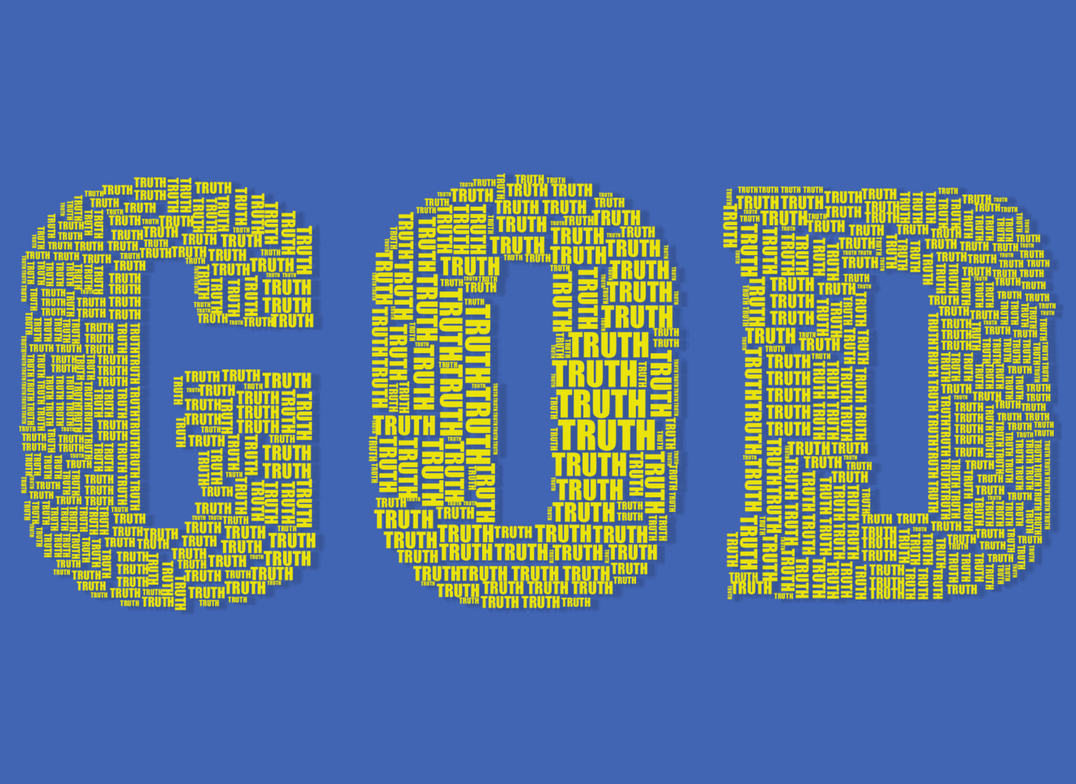 The Battle for Absolute Truth
Just like gender is supposedly fluid in our current culture as some believe, behind all of that and much more is the belief that truth is fluid. A deeply contradictory statement to me comes when I hear someone ask “What is YOUR truth?” How can we have so many different versions of the truth? If truth is relative and situational as many say, shouldn’t it be called something else?

Truth until recent times was considered absolute. In the age of postmodernism and postmodern Christianity, sad to say, I am seeing so many people move to become progressive Christians or they are deconstructing their faith because the historical, orthodox view of Christianity with the Bible as our final authority and inerrant source of truth does not fit our culture. So, who is wrong? Is it the timeless truths of the Bible that has spanned all cultures and time since it has been written has transformed millions if not billions of lives over the course of history? The book which is consistently the largest selling book year after year because of it truth claims? Or is truth what one feels is truth in a subjective way? Is truth or morality based on the whims of the majority of a culture at any time?

Joseph Fletcher made famous the phrase “Situation Ethics” in 1997 in his book with that title. He gives numerous examples as to how in each situation a person encounters a decision of morality that must be made and he claims based on a person’s upbringing, their experiences, their religion or lack thereof, we would all come up with a different decision on moral choices.
As believers, we must be secure in the absolute truth that God has given to us in our world. This goes beyond the Bible but certainly the Bible is the inerrant, inspired Word of God that is our final authority and it speaks to or applies to everything we will encounter in this life and gives us insight into the life to come.

Here is some evidences for absolute truth and then a statement as to why we need to believe and obey them.

1. The Moral Argument for the existence of God
• A human experience of morality is observed.
• God is the best or only explanation for this moral experience.
• Therefore, God exists
There had to be someone out in the universe to determine what was good or bad and the evidence we have is that each human being is born with a conscience as part of being made in the image of God. If there is a God, then there was a moral code that was given to live by. Christianity answers who that God is from the Bible but specifically because Jesus rose from the dead and points us to Yahweh. See Acts 2:22 – 24

3. “All truth is God's truth” - Arthur Holmes – Christian Educator
When we walk outside, we believe the truths of biologists and scientists that there is oxygen all over our planet, anywhere we go, so we can breathe. We can walk on the ground and not fly off into outer space because gravity is an absolute truth wherever we go on planet earth. NASA depends on the absolute truth of mathematics in order to get a spacecraft to land on the moon or Mars. The irony is that we live our lives in the physical world based completely on absolute truth but when we turn to personal morality or truth, we don’t believe it could be absolute.

4. “Jesus said to him, (Thomas), “I am the way, and the truth, and the life. No one comes to the Father except through me. – John 14:6
Christianity is both exclusive and inclusive. It is exclusive to those who ONLY put their faith and trust in the finished work of Christ on their behalf on the cross and who turn from their sins and receive Christ as Savior in order to be born again spiritually. People struggle that you have to come to God on His terms. It is because Jesus came to earth to point us to the path or the way to God. Again, Jesus verified who He was when He rose from the dead.
Jesus also said that the way to God through Himself was inclusive. “But to all who did receive him, who believed in his name, he gave the right to become children of God” – John 1:12. The receiving of the Gospel is open to anyone who will come to God on His terms and receive the gift of eternal life. Anyone from the youngest child to the oldest person in the world on their deathbed can receive Christ and have eternal life.
If you were on an airplane and it crashed landed in the ocean and it was sinking, if one of the crew members directed the people on the plane out one door of the plane and handed each person a life preserver as they exited the plane, would you try another way out? A reasonable person would choose the best hope of survival as described by the crew member. So it is with the truth of the Gospel of Christ. Christ came from heaven and says, here is how to get where I came from.

There is more that can be said about this subject but I want to close with some application.

We can be confident in the absolute truth that Jesus is the ONLY way to salvation and that He can direct us there because as the Son of God, He rose from the dead.

We can hold on to God’s promises and know we are eternally secure because of the seal of the Holy Spirit placed upon us at salvation when the Holy Spirit came to take up residence in our heart.

We can share the absolute truth of the Gospel with others because it fits with the way the world works around us that God created and fulfills the purpose for which we were created for; to know God and make Him known (John 17:3). We must share the Gospel because it is the only truth one must absolutely receive to have a relationship with God, an abundant life on planet earth and the hope of an eternal home in heaven.

In this age of moral relativism, be confident in the absolute truths of God in His Word but also in creation. As our world invents and discovers new things, it isn’t that truth is evolving but merely we are discovering more of God’s truth that has always been there. The famous Christian scientist Johann Kepler coined the phrase that we are merely “Thinking God’s thoughts after Him.”. God is ever unwinding the scroll of His truths for His created being to understand and discover.

Take heart in the absolute truth of John 8:32 “And you will know the truth, and the truth will set you free.”