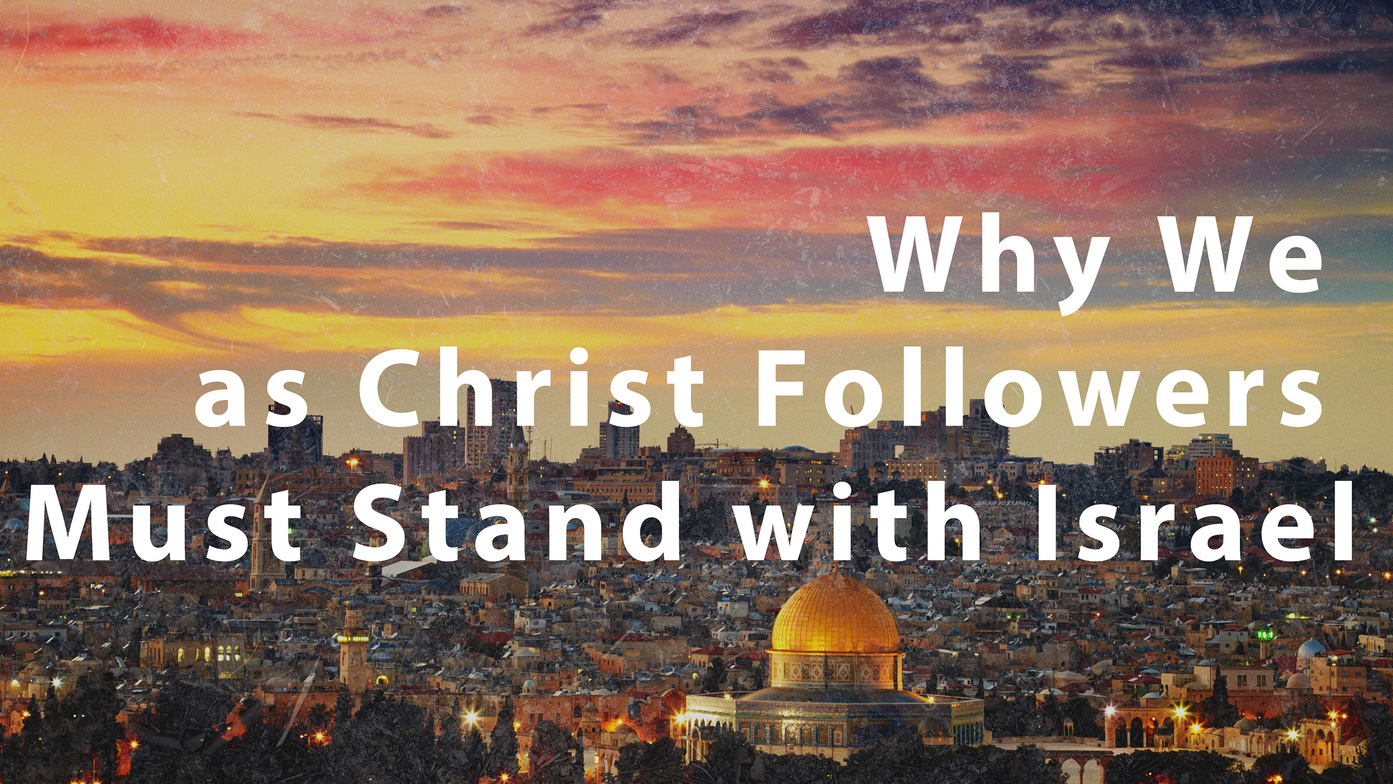 Why We as Christ Followers Must Stand with Israel
My heart sinks every time I see in the news a provocation against Israel. God has called Israel the “apple of God’s eye” (Deuteronomy 32:10). The Jewish people are unique in that God has called them out and chosen them among all the people groups of the earth at that time. The Jews have a special place in God’s sovereign work on earth and God has a special place for them in His future kingdom.

When the recent Hamas attacks that sent over 2,000 missiles into Israel occurred, I once again was reminded how the Jews are the most persecuted people in all of history. It seems that no matter what era of history you look at, the Jews were suffering from others wanting to make their lives miserable. The Jews are a resilient people and God has shown that He has been their protector and defender from the time He called them to be His chosen people. Even when Israel rebelled against God and made Saul the first king. Even when they were involved in centuries of idol worship, God has faithfully stayed by their side even as He lovingly disciplined them.

Currently, the Palestinians who live among the Jewish people and near them are moderate and accepting of the Jews. The Palestinians have suffered many losses because of the retaliation of Israel against the terrorist group Hamas. I have compassion for the people of Palestine and those countries that surround Israel. Many Palestinians claim to follow Christ. Many innocent people are dying because the terrorist group, Hamas, has placed their missile launchers in neighborhoods, hospitals, schools where any retaliation from Israel runs the risk of hurting and killing innocent people. It is a difficult conundrum that Israel faces in defending its people and trying to stop these attacks from adjacent territories

I want to be brief in this blog post about why we are Christ followers should stand strong and support Israel. Why we as Christ followers should speak out against Anti-Semitism and the atrocities brought upon the Jewish people. We need to recognize the Palestinian people and any persecution and racist attacks on them as a people. Both Jew and Palestinians are created in the image of God and are worthy of all the dignity and respect, humanity can give to them.
BUT the Jewish people have a right to their sovereignty as a nation and as a people. I am preparing to preach on this topic on June 6th @ 9:15 am. Instead of writing out in free form prose, I will leave you with some notes I have begun to take for my message on Why We Must Stand with Israel. Read, ponder, consider. Look at the verses I have given.

Romans 1:16
For I am not ashamed of the gospel, for it is the power of God for salvation to everyone who believes, to the Jew first and also to the Greek.
o    Jesus will rule and reign from Jerusalem during His Millennial reign according to passages in the book of                       Revelation and Old Testament prophecies.
2.    Political reasons
•    They are the only democracy in the Middle East
•    They have been a faithful ally of the United States
•    They are a positive deterrent against terrorism in the region

There is an insidious movement called the BDS (Boycott, Divest from, and Sanction Israel) that is moving across Europe and America. This is a new form of Anti-Semitism. For the reasons stated above and many more, we must see our place in history as Christ followers to support those whom God loves dearly. If you have comments or want to continue the dialogue, please contact me. The Jews have stood up for persecuted Christians where they can and now, we need to stand up for the Jewish people where we can. I am faithfully,
Yours and His
Pastor Ed Hedding